HOME > About Yukio Ozaki and us 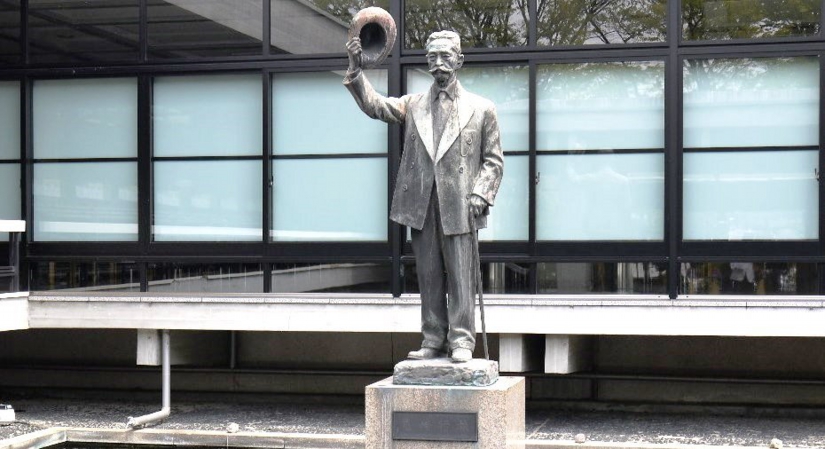 "On Life's stage,
always be prepared for the future"

Translation and Text by Yukika Soma
Edited by K.Asagiri,T.Ishida and D.Takahashi 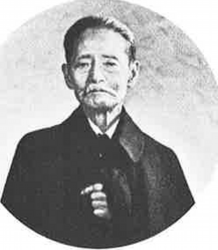 
Ozaki's life coincided with a century of transformation in Japan's history of finding an identity as a nation state and of founding the basis of a democratic government. He was born six years after U.S. Commodore Perry sailed his "Black Ships" to Japan and put the world 's foot in its door, ten years before the collapse of its centuries-old feudalism and the birth of a new government under Emperor Meiji. Born November 20, 1858 the eldest son of a loyalist, he was soon thrust into the mainstream of national reform and destined to play a part in his country's history.
He was thirteen when he read with great excitement an open letter calling for the establishment of a popular parliament. Feudalism had been abolished, but only technically, and the fledgling government already bore the marks of anachronism. Popular participation in the national decision-making process was remote. Ozaki's life was charted. It would be given to the cause of democracy, of popular rule. 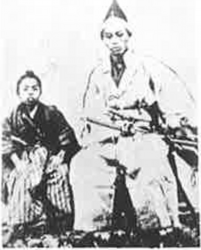 Ozaki started his career as an unteachable rebel at Keio Gijuku, the forerunner of Keio Gijuku University. Then, on the recommendation of Yukichi Fukuzawa, Keio's founder, he worked as chief editor of the Niigata Shimbun, a provincial newspaper. While in Niigata he also helped organize the prefectural assembly. He was twenty, married, ambitious and eager to contest his ideas. Two years later he was recalled to Tokyo to take up an appointment at the Bureau of Statistics.
There he was instructed to "train himself in the affairs of state" and to "leave statistics alone".
It was at about this time that he translated The Public Life of the Right Honourable the Earl of Beaconsfield, by Francis Hitchman, and Parliamentary Government in England, by Alphens Todd, which was used as a reference in the drafting of the Meiji Constitution.
In 1885 he was elected to the Tokyo prefectural assembly and then in the first national election of 1890, to parliament.
He retained his seat in the House over the next sixty-three years, having being returned for twenty-five consecutive terms (a world record). Even throughout the Second World War, he held his seat as an independent. With the exception of the two cabinet posts he occupied as Minister of Justice and Minister of Education, Ozaki remained in the back benches challenging all abuses of power, whether of the bureaucracy or the military.
He was a man of principle who pursued the cause of parliamentary democracy with relentless courage. He could be counted on to remain consistently faithful to his principles amid the early struggles to form and align the political parties, during the dark days of military dictatorship and throughout the post war period of reconciliation and reconstruction. 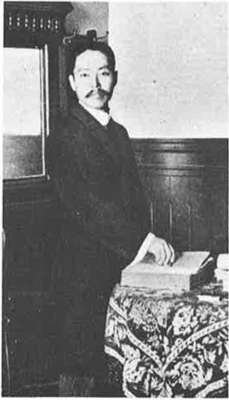 Ozaki learned early in life to set aside personal bitterness for a greater justice. When in 1887 he was named among six hundred activists expelled from the capital for three years "to preserve public order", Ozaki took the opportunity to visit the United States and Great Britain. Just before reaching San Francisco his ship barely survived a storm which spared the lives of the passengers but swept overboard all their baggage. Also lost was Ozaki's leather-bound book in which he kept a record of names and events so as to render fair reward or revenge in the future as the case demanded. He accepted the incident as heaven sent. It freed him of private bitterness and indebtedness.
Ozaki was a prolific writer and speaker. His insight and conviction cut fearlessly through the hypocrisy of others. On one occasion, he was furious at the Prime Minister for abusing the Imperial throne for his personal advantage. He charged the Prime Minister directly with pretending to be a loyal servant while he was in fact

"using the throne as a breastplate to hide behind and the Imperial Rescripts as bullets to cut down his political opponents." The government fell. 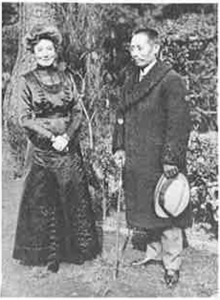 With his second wife, Yei Theodora

When Lord Mayor of Tokyo, an office he held concurrently with that of member of parliament (1903- 1912), Ozaki was instrumental in giving Japanese flowering cherry trees to the United States as a memorial of friendship. He had wished to express the appreciation of the Japanese people for America's role in assisting Japan in the war against Russia (1904-5), but the government of the time could not and would not publicly acknowledge this. Ozaki felt someone had to. When he learned that Mrs. Taft wished to plant Japanese cherry trees around the Tidal Basin in Washington, D.C. he took the opportunity to present them.
Ozaki was often ahead of his time and ahead of his countrymen. His second wife, Yei Theodora, whose father, Baron Ozaki (no kin) had married the daughter of his professor while studying in Britain, had no small part in expanding the man's vision.
Out of sympathy with a world that respected the powerful and despised the weak, Yukio Ozaki consistently advocated moral leadership. He attacked the government in 1921 for allocating half the national revenue for armaments. Increasing Japan's arms would only invite the adversary to do likewise. National security would be threatened, not assured.
Ozaki's views invited many threats to his life. Nevertheless, when his resolution calling for disarmament was defeated in the House he appealed to the people in person, crisscrossing the country and eliciting overwhelming public support. When a Naval Disarmament Conference was held that same year in Washington, the government, in spite of its earlier opposition, sent a delegation. 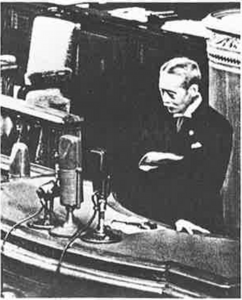 While dedicated to the principles of democracy, Ozaki's loyalty to the party took second place when it conflicted with his conscience. He would not accept a peerage. He would not have his political conscience compromised or his mouth sealed for ennoblement.
Ozaki saw that there were no principles in japan, only mobs. He fought to raise men who would stand up for their convictions.
In the summer of 1931, Ozaki accepted an invitation from the Carnegie Endowment for International Peace to meet with other world leaders in America. While he was there, to his distress, japan went into Manchuria. From America, he proceeded to Europe. Confrontation appeared inevitable and Ozaki's heart bled as he thought of the fate of his country and that of humanity.
Ozaki's essay "In Lieu of my Tombstone" warned his country men against military adventurism and urged them to choose the path of internationalism. Suspecting that his life might be endangered by his outspokenness, he wanted to share his vision with the nation.
In the years that followed, seeing that nationalism was being made obsolete as feudalism had been, he called for a supranational structure to override the narrow national interests. Toward the end of his life, he was a zealous proponent of world federalism. 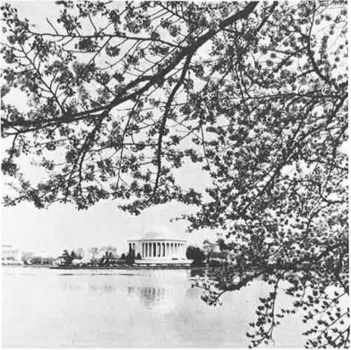 In 1950 Ozaki, accompanied by his daughter Yukika, went to the United States at the invitation of the American Council on Japan, an advisory group of prominent Americans interested in promoting a meaningful U.S. policy toward Japan. It included among its leaders William R.Castle and Joseph C. Grew, both former U.S. ambassadors to Japan who held important positions in the U.S. government. They were instrumental in having Ozaki speak before both Houses of Congress, appear on TV programs and meet the American people to help ameliorate the then hostile feelings of Americans toward Japan and to lay the foundations for amicable relations between the two countries. Ozaki served as a bridge of understanding in those critical days after the war.
He died on October 6, 1954, having been made an honorary member of the Diet and an honorary citizen of Tokyo the previous year.
On February 25, 1960, the Ozaki Memorial Hall and Clock Tower, built in front of the Diet with donations from all over Japan and around the world to promote the vision of the man revered as the father of Japanese parliamentary democracy, were presented to the National Diet.


1858  Born November 20, in Kanagawa prefecture.
1874-76 Studied at Keio Gijuku under Yukichi Fukuzawa.
1879  Chief editor of Niigata Shimbun.
1881  Appointment at Bureau of Statistics.
1882  Started political career. Helped organize Kaishinto.
1885  Elected to Tokyo Prefectural Assembly.
1887  Expelled from Tokyo for 3 years. Visited US and UK, returned 1889.
1890  Elected to First Parliament as a member of the House of Representatives from Mie prefecture.
1898  Minister of Education in Okuma-ltagaki coalition government.
1903  Concurrently appointed Mayor of Tokyo.
1910  Attended Inter-Parliamentary Conference.
1912  Sent 3,000 cherry trees to Washington D.C.
1914-16 Minister of Justice in the Okuma cabinet.
1919  Visited Europe to see aftermath of World war 1.
1931  Invited to America by the Carnegie Endowment for International Peace.
1933  Returned to Japan from Europe.
1942  Indicted for lese-majeste by militarist government. Later acquited.
1950  Invited to America by the American Council on Japan.
1953  Made honorary member of the Diet and honorary citizen of Tokyo.
1954  Died October 6.

Memorial Gifts From Various Countries of the World
(no particular order)


You can meet them at Ozaki Memorial Hall, 1,1-Chome, Nagata-Cho,Chiyodaku,Tokyo(Center place of Japanese Politics) 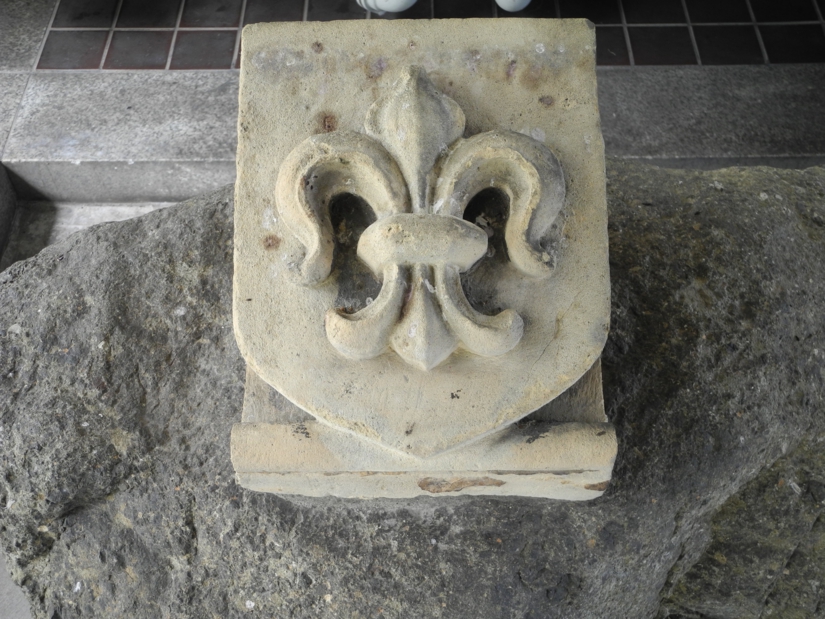 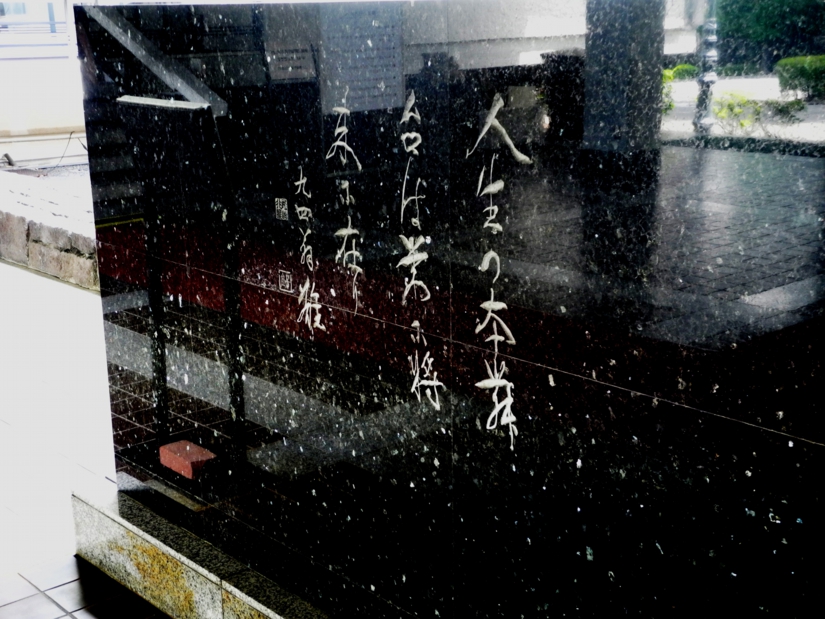 Granite
from Government of Kingdom of Sweden

Master and tower clocks
from Government of Swiss Confederation 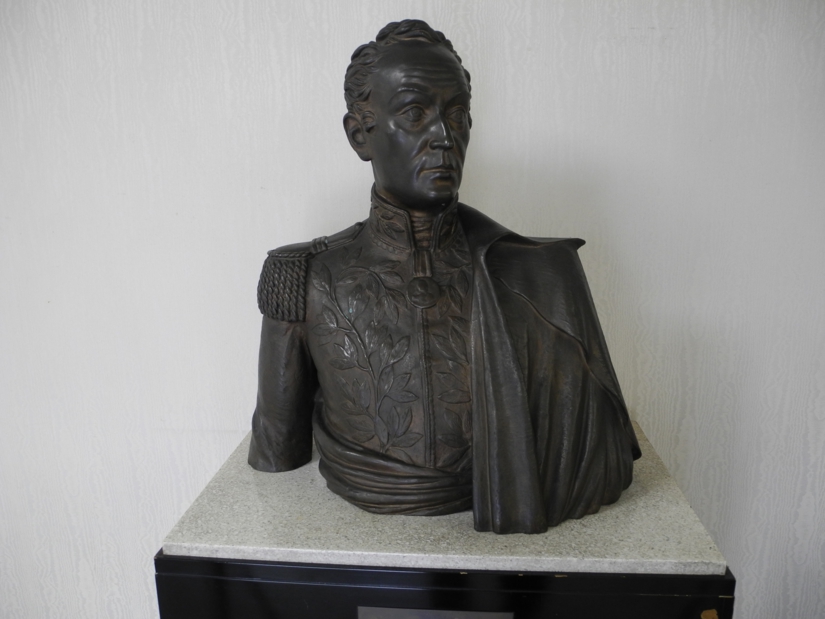 Bust of "Simón Bolívar"
from Government of Bolivarian Republic of Venezuela 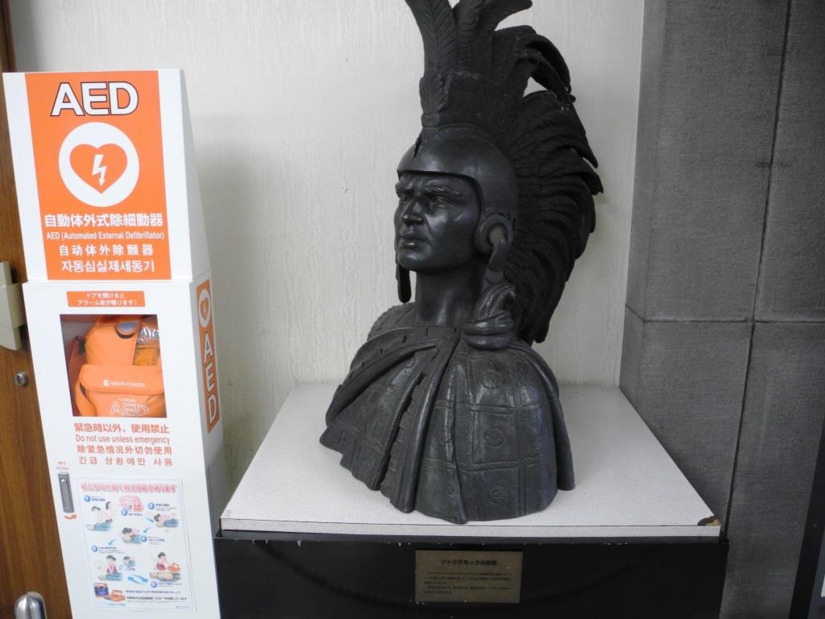 Bust of "Cuauhtémoc"
from Government of United Mexican States

Bust of "Abraham Lincoln"
from Government of United States of America

Statue of "Nataraja"
from Government of Republic of India 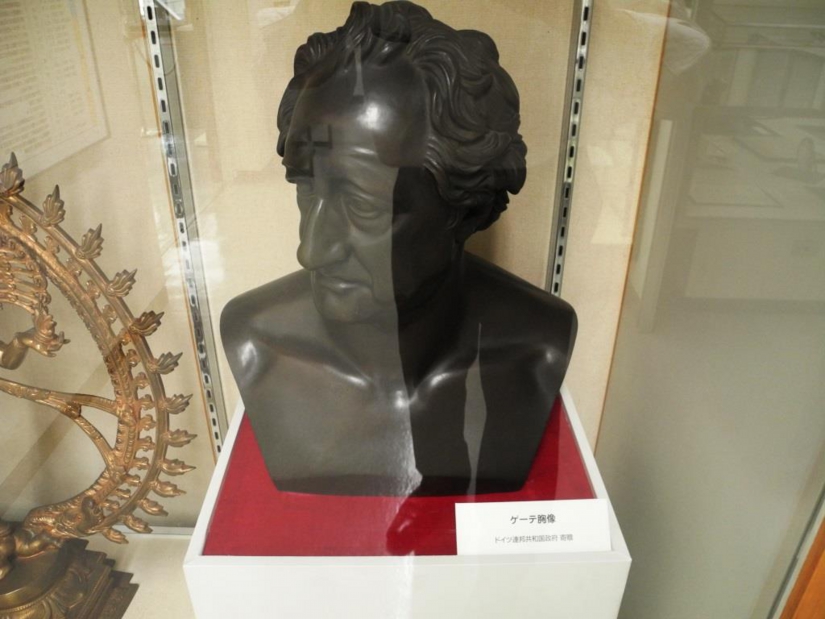 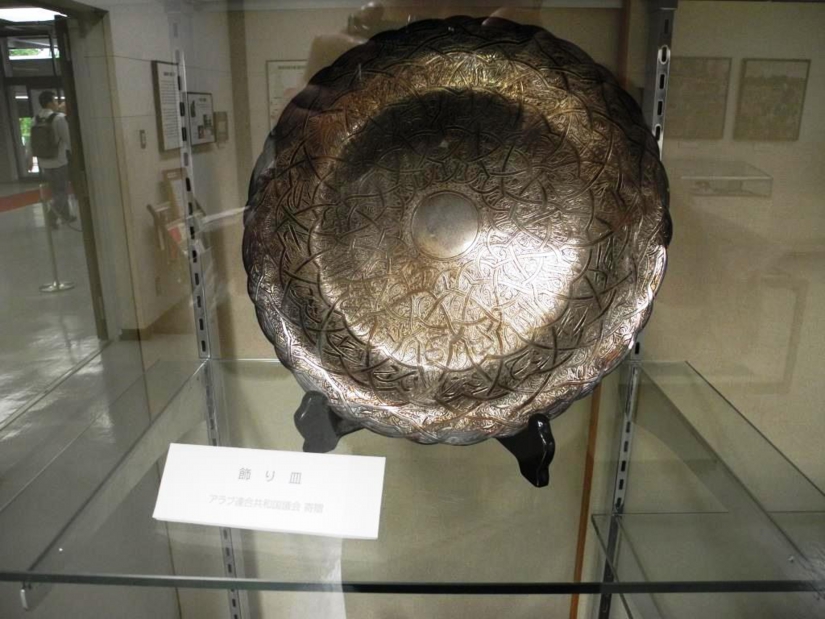 "Plate of Friendship"
from Government of United Arab Emirates 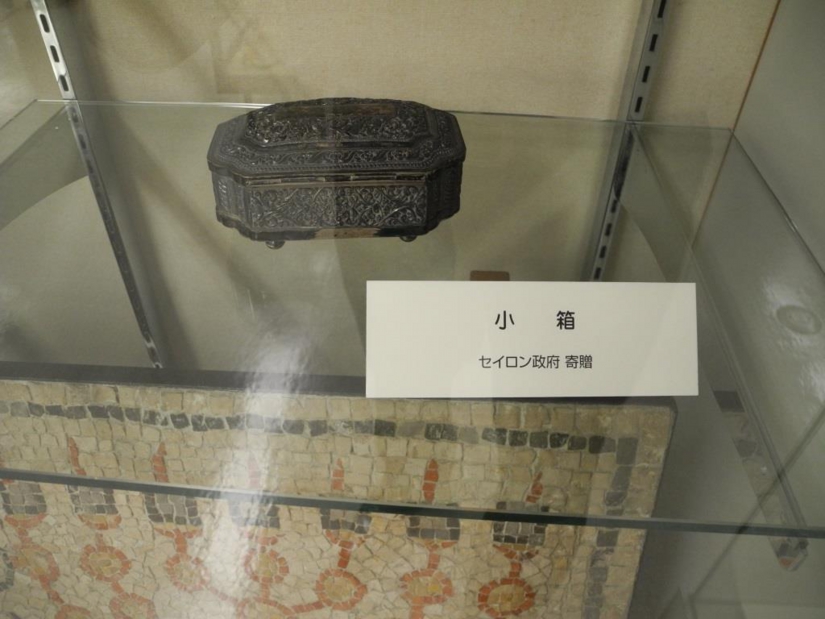 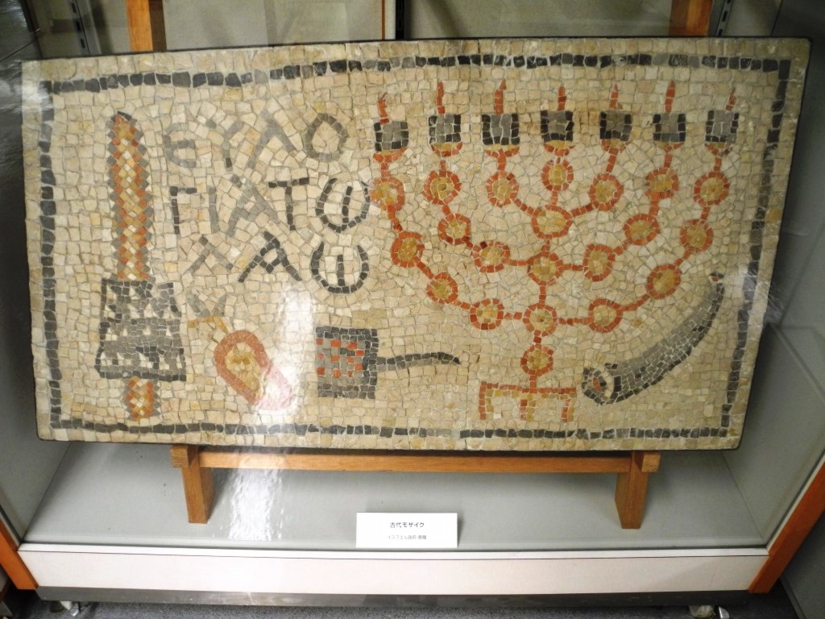 "Ancient Mosaic"
from Government of State of Israel 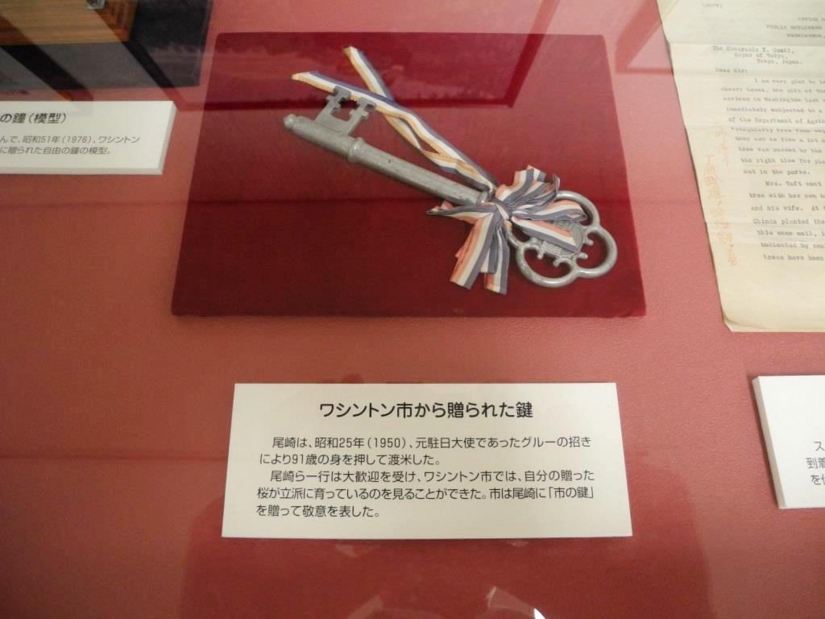 "Key of the City."
from Washington, D.C.

A number of Gifts
were cordially presented to Ozaki Memorial Hall by countries. We listed hereunder the names of those countries and gifts in sincere appreciation of the favour so conferred.